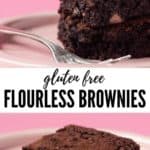 Learn how to make Flourless Brownies that are gluten free and have NO weird ingredients! These rich, dark, chocolate brownies are so easy to make but they’re a truly decadent dessert. 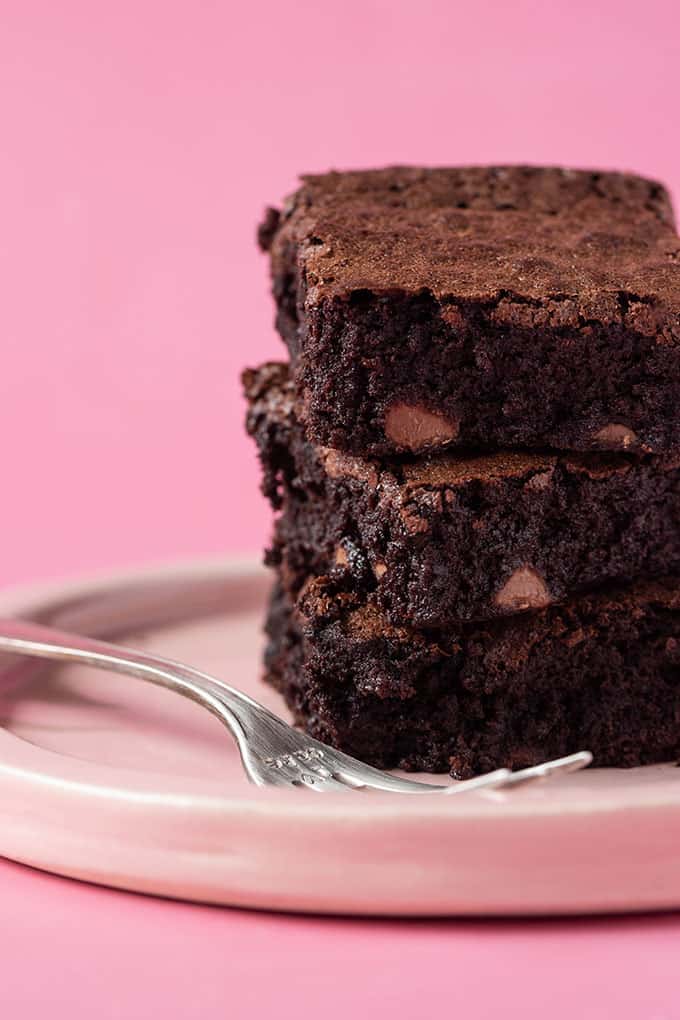 Can you believe it took me 9 times to get these brownies just right?! But it was oh-so-worth it. These Flourless Brownies are seriously fudgy and oh-so-chocolately, but the best part? They take only minutes to make and are completely gluten free!

If you love fudgy brownies, you’re gonna go crazy for these! 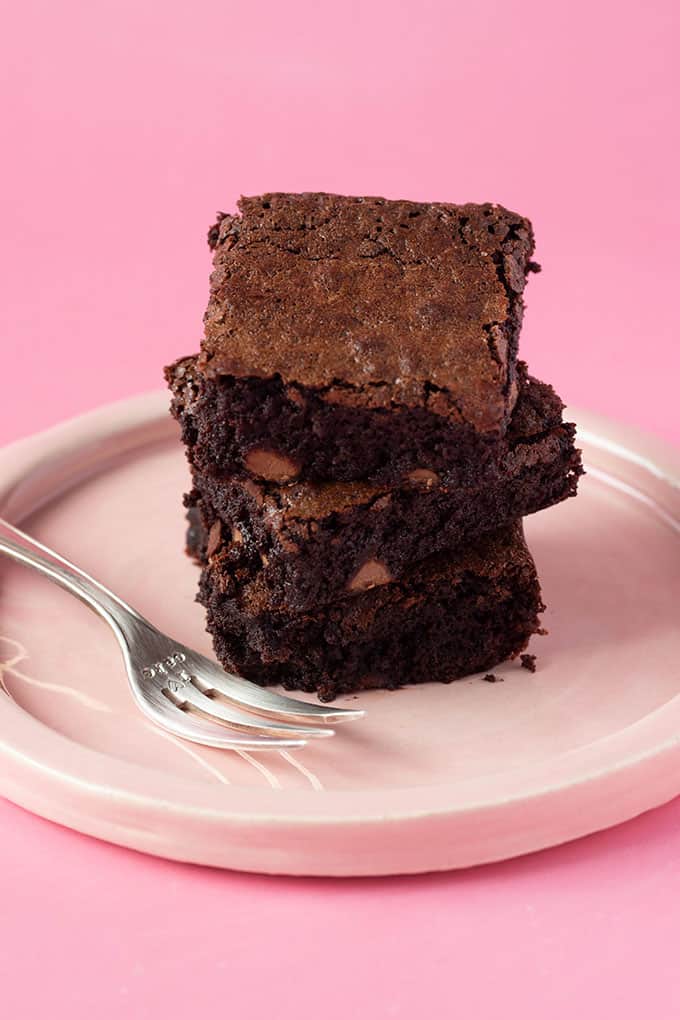 I’m not gonna lie, developing this recipe was hard work. If you follow me on Instagram, you would have seen me share my many, many brownie fails on my Instagram Stories. I never thought making a decent Flourless Brownie would be so challenging.

But it’s all behind me now because we’ve got the best brownie recipe right here. Made with NO weird ingredients, no black beans or avocado, no expensive gluten free products, just plain ‘what-you-already-have-in-the-pantry’ items. Perfect! 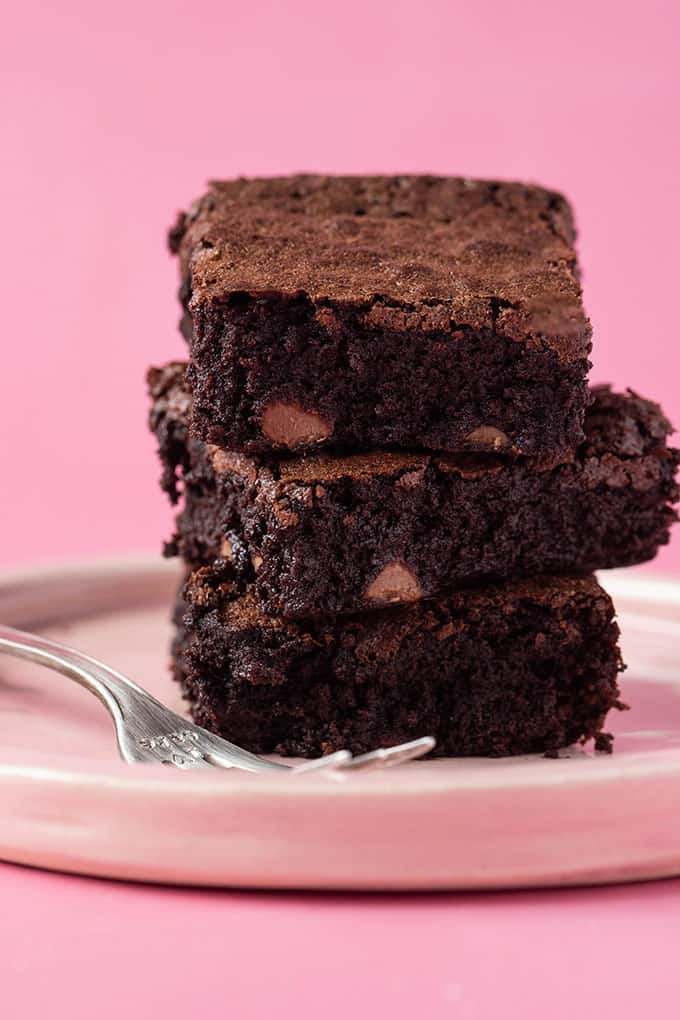 When I was working on this recipe, I was determined to come up with an easy Flourless Brownie recipe. At first, I thought I could tweak my Flourless Chocolate Cake recipe, which uses whipped eggs for its deliciously fudgy texture and meringue topping.

But even with a few tweaks, it produced brownies that had a super thick (too thick) meringue topping. So I moved on to tweak my classic Chocolate Brownie recipe that uses real chocolate. But the results were shocking. Using only cocoa powder instead of flour resulted into a very wet, oily brownie that had no substance.

So I switched over to a cocoa-based brownie, like my favourite One Bowl Cocoa Brownies. I experimented with using oil instead of butter, the ratio of eggs, the types of sugars and the amount of cocoa.

And this is the result. A truly rich and fudgy brownie that’s easy to make and even easier to eat. 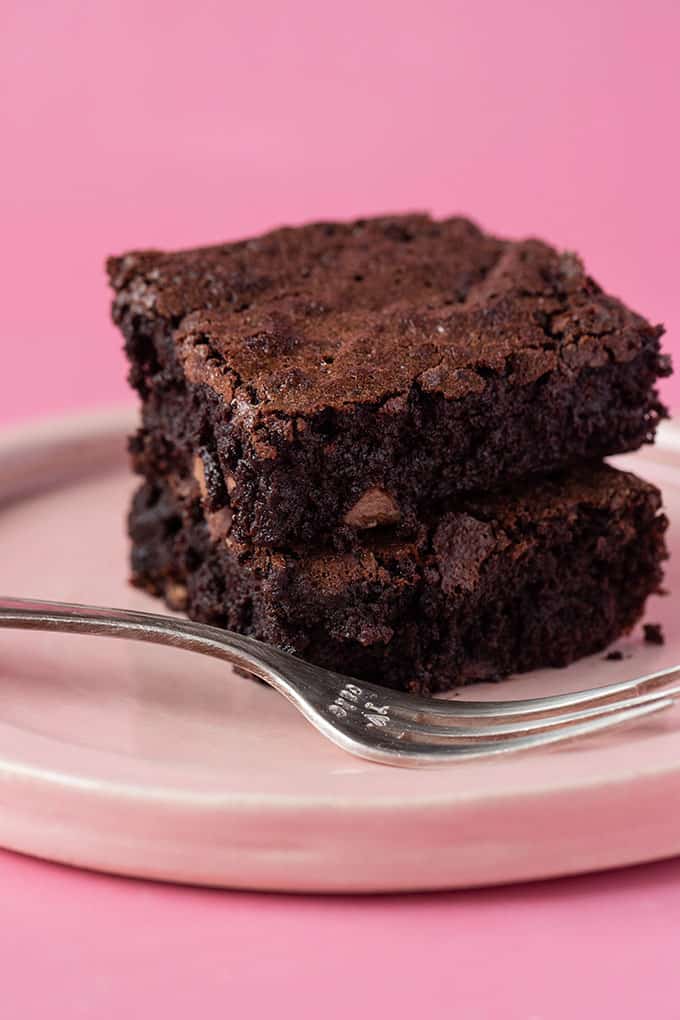 Here’s why every ingredient is so important:

Butter: I use melted butter in this recipe. I also tried oil but the taste of oil was just too strong and also affected the texture of these Flourless Brownies. If you want an oil-based brownie, you can try my Olive Oil Brownies or my Coconut Oil Brownies.

Caster sugar: We use caster sugar for sweetness and to help make that crinkly top. This brownie needs quite a bit of sugar to keep the right texture and balance out the bitterness of the cocoa. You can use granulated sugar instead of caster sugar if you like. Read more about caster sugar here.

Brown sugar: In addition to sweetness, brown sugar adds extra flavour thanks to the molasses. It also adds moisture which is important when constructing a truly fudgy brownie.

Eggs: I tried this recipe with 2, 3 and 4 eggs. I tried mixing everything together, beating the eggs separately and whipping the egg whites. I found to get the best result, it works well to beat the eggs briefly with a fork before adding to the remaining mixture. It helps break up the yolks and add just a little air into the mix. This is important when you are trying to get that crinkly brownie top. Four eggs was also best for moisture and stability.

Cocoa powder: This brownie uses extra cocoa for stability, flavour and texture. It helps to make up for the lack of flour.

Sea salt: To balance the sweetness. 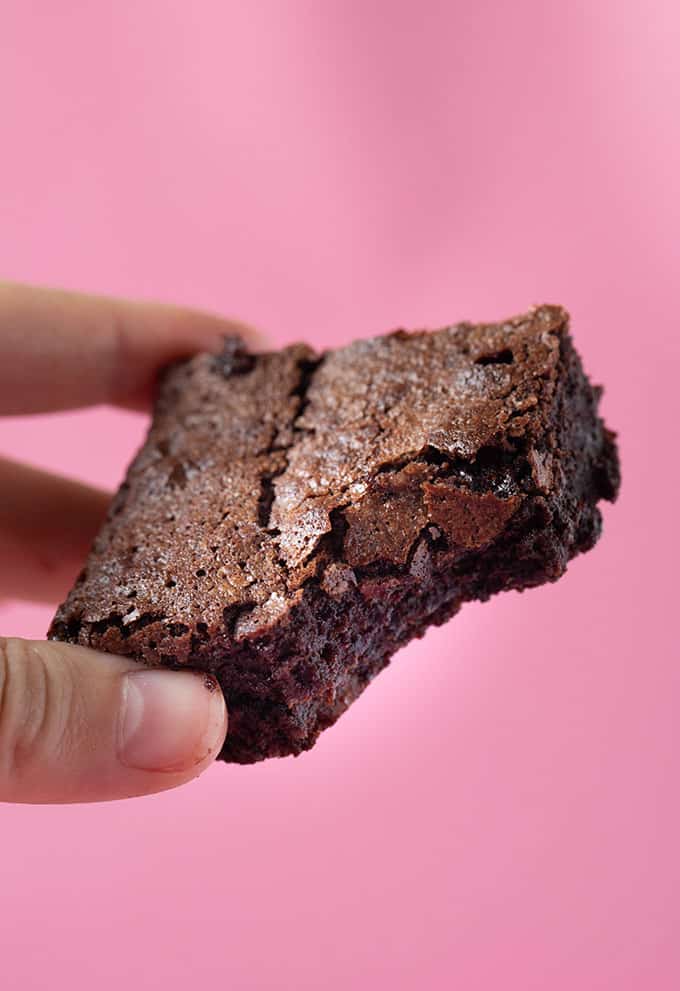 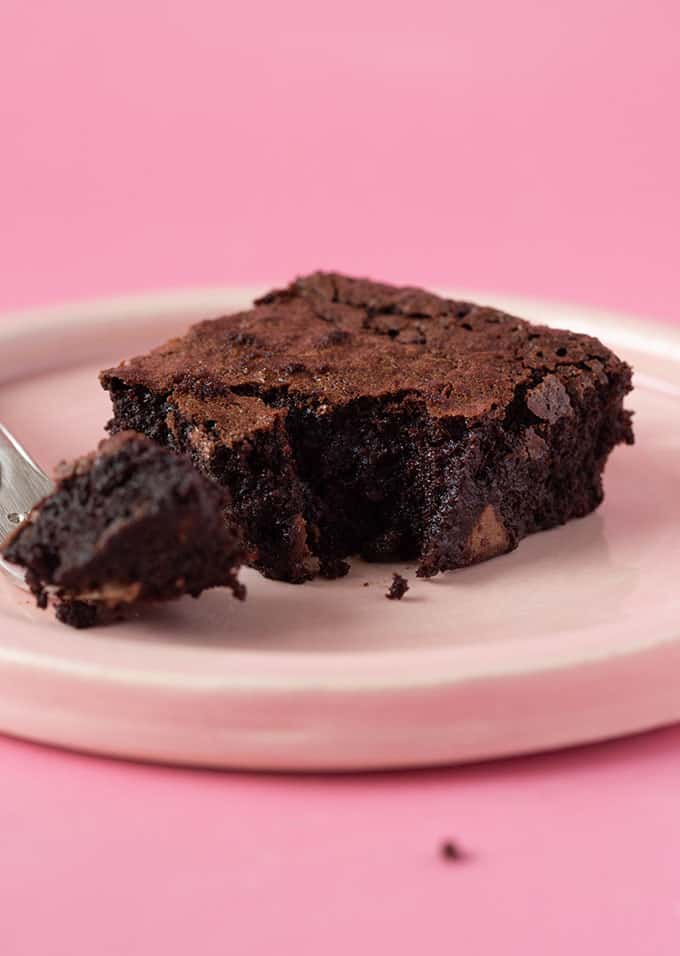