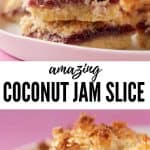 Buttery Coconut Jam Slice made from scratch. With a baked shortbread crust, a layer of raspberry jam and a crispy coconut meringue topping. It’s the perfect morning tea treat! 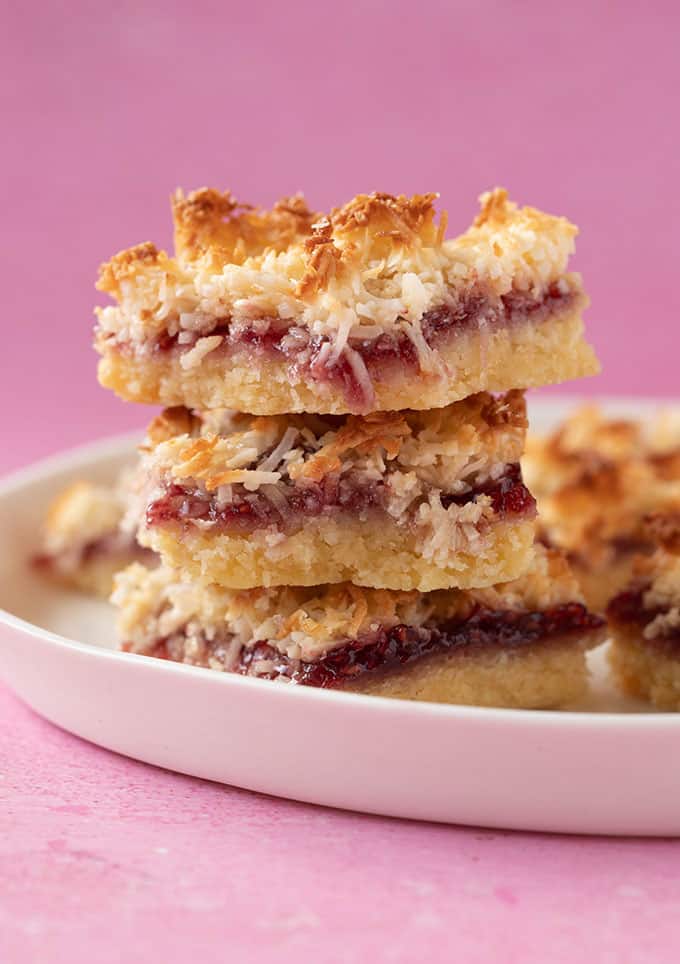 Do you know and love Coconut Jam Slice or are you sitting there thinking, what in the world is THAT?! Let me break it down for you. It starts with a buttery shortbread crust, next up is a layer of raspberry jam and finally, a topping of sweet coconut meringue.

Did I make a coconut jam fan out of you yet?! 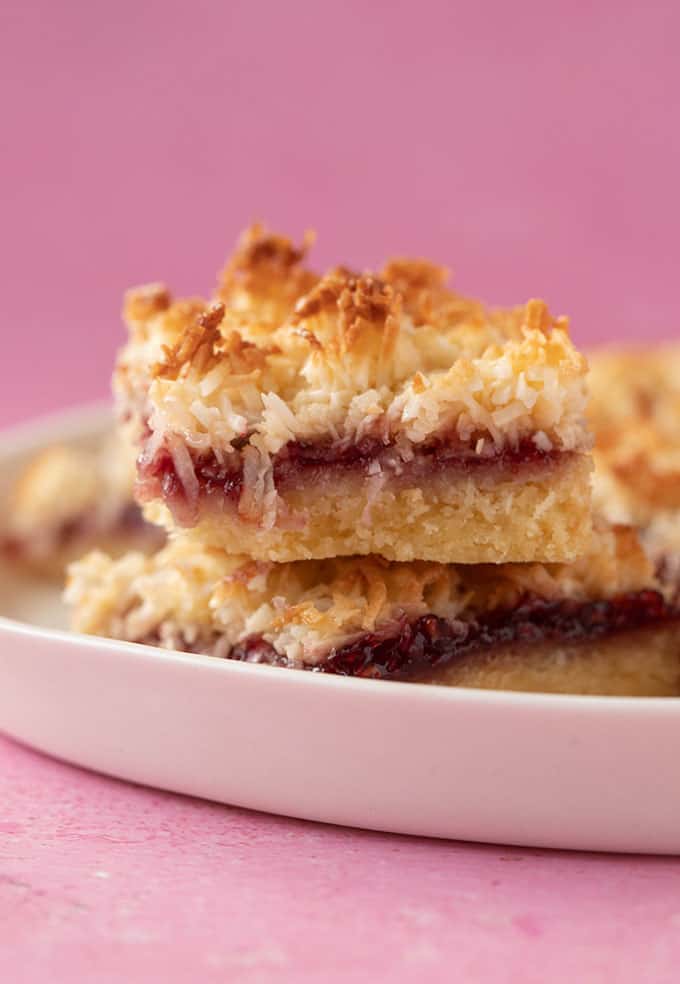 I’m not quite sure where the Coconut Jam Slice originated from, but here in Australia, it’s a morning tea staple. We love our easy slices that can be whipped up when guests pop over – especially ones that only need a handful of ingredients.

And that’s what this Coconut Jam Slice is ALL about. It’s super simple and easy to make – you don’t even need an electric mixer. And you could have most, or even all, of the ingredients sitting in your pantry right now. #winning 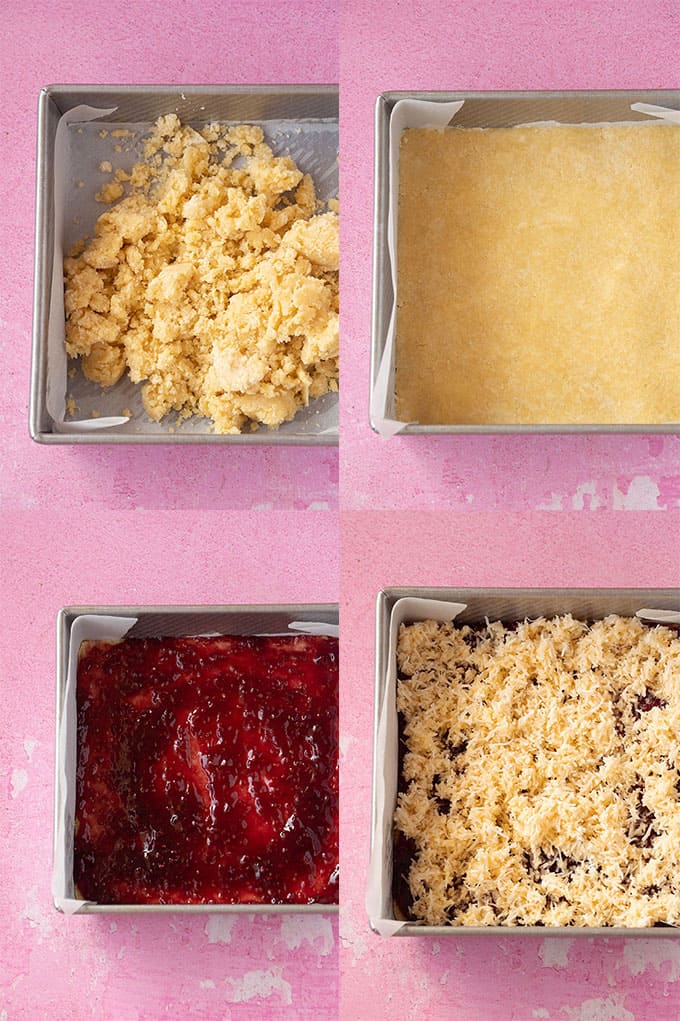 It starts off with a really simple shortbread crust, that when baked, just about melts-in-your-mouth. In fact, it’s the same one I use in my lovely Passionfruit Slice. It also has some desiccated coconut in it too, which adds both flavour and texture.

When you make the shortbread, it will appear crumbly, like wet sand (see pic above). That is totally fine! Just dump it in your baking pan and then use the back of a spoon to smooth it out into one even layer. 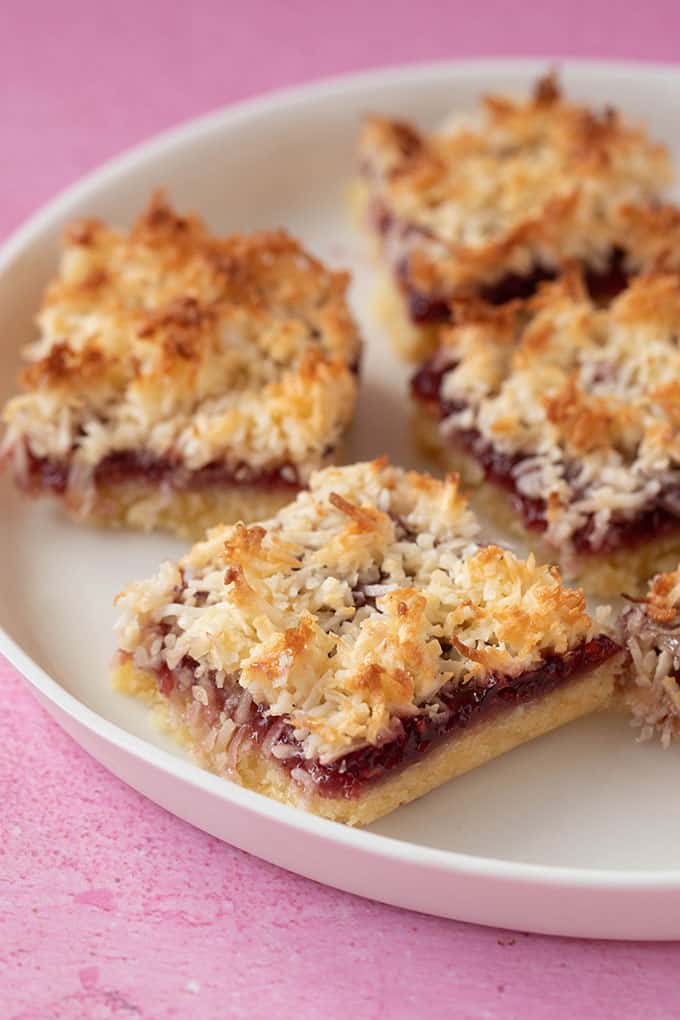 Next, we add a lovely layer of raspberry jam. I recommend using the best quality jam you can afford because the flavour really shines through. And finally, it’s time for that signature coconut topping.

Essentially, it’s actually a little bit of coconut meringue. We combine shredded coconut with a little sugar, vanilla and egg. Once baked it goes golden brown but maintains it’s chew. And by baking the slice, the flavour of that roasted coconut, goes beautifully with the jam and buttery shortbread crust.

So simple. So delicious. 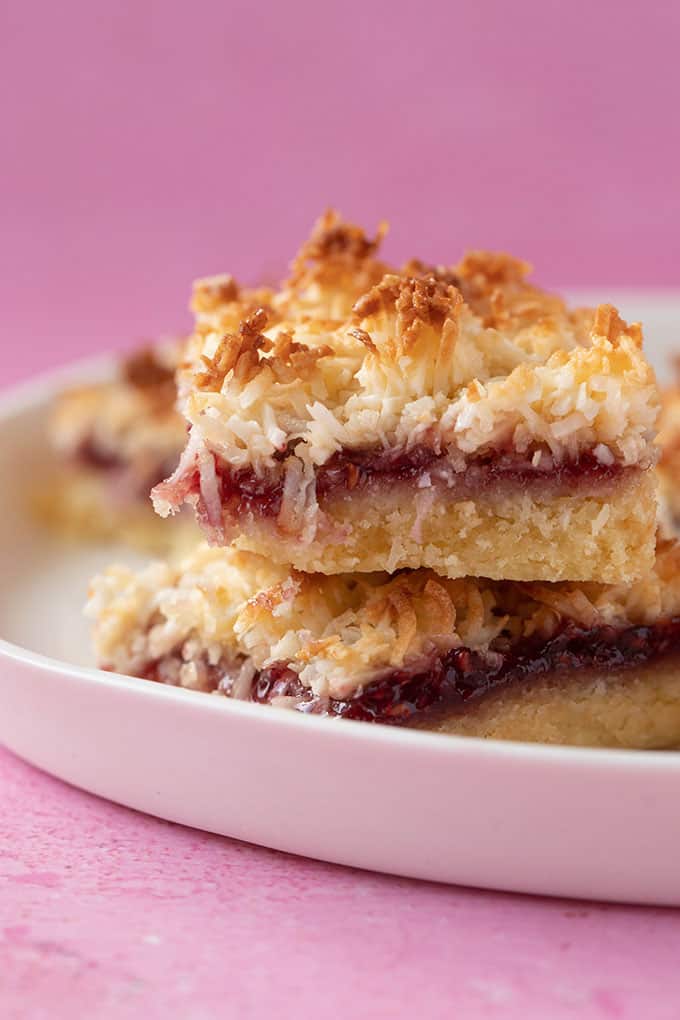 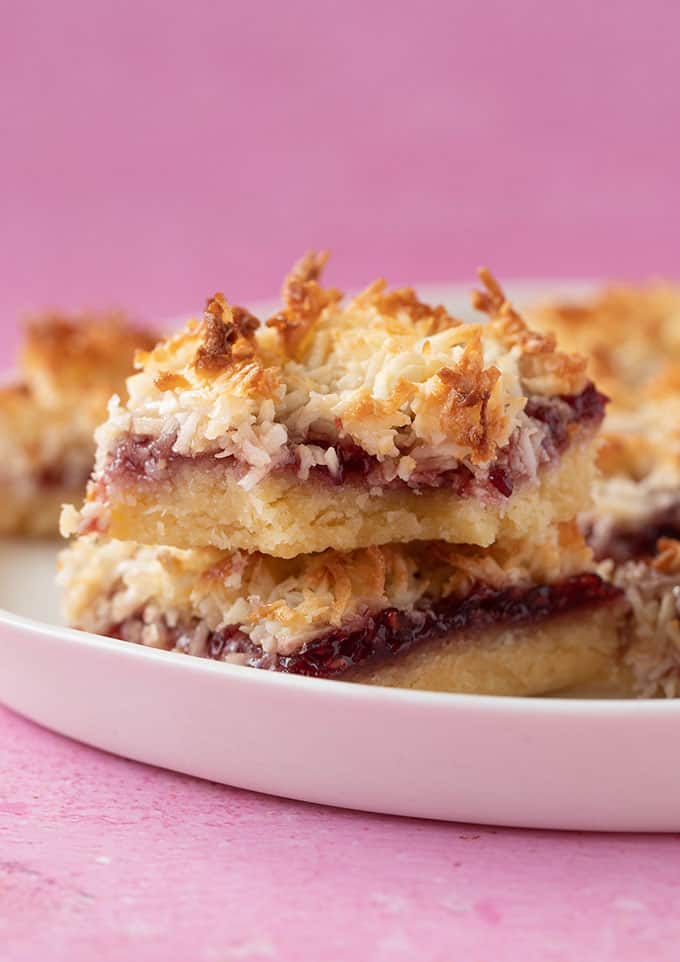 An easy Coconut Jam Slice made from scratch. 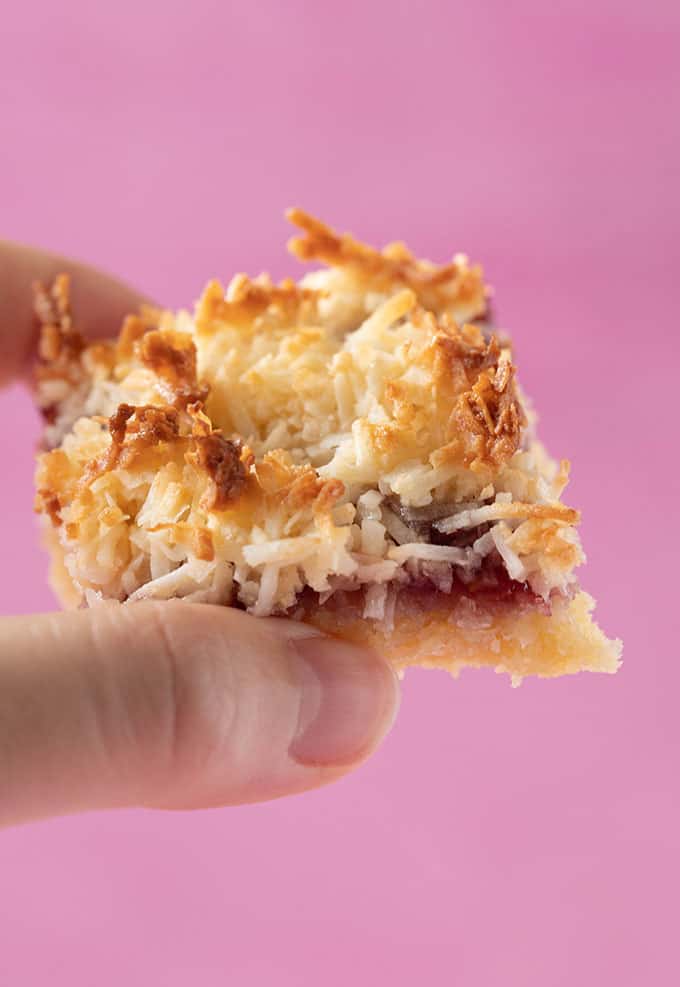